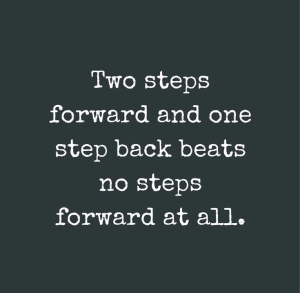 Well, firstly, before I get down to the real business of this post I just want to ask this: how on earth is it only January 13th? Has someone been buggering about with the time/space continuum AGAIN?? Like, seriously, this the longest freaking month ever. I’ve only been back at work a week and already it feels like there should be a holiday on the horizon because I ache all over and feel utterly exhausted (unfortunately there are still five to go!); but then there’s that other important date that can’t come quickly enough too…payday!!!

Seriously, January is such a bloody depressing month – the twinkly lights and tinsel are both gone; it’s cold, wet, dark, and grey; and notably there’s no bloody money (to be fair there never is any money!)!! Actually, for once, this utter broke and probably eating beans on toast til the end of the month isn’t because I dipped into December’s pay for Christmas gifts (that didn’t happen this year) it’s because thus far January has chosen to shit on me so far as unexpected bills have gone: there’s flights for my wife to go to her grandmother’s funeral as well as an appropriate outfit to wear; a new bedroom carpet for my daughter after a vomit fest; and errrr some car repairs that uncovered more problems that weren’t worth fixing and so now….A NEW CAR! Not quite what I needed.

Anyway, I am sure no one is interested in my financial woes and January depression so I’ll get to it…

I know that’s probably a bit of a random title but this week I can say that something else has started to shift a bit in me. As an introvert, to be fair, I like being alone. I don’t do well in crowds or at parties, I feel uptight and uncomfortable and like I would rather be at home in bed reading a book. At work I switch on the self that can do social and confident and capable but it does require effort. I’m not really talking about that ‘feeling alone in a group of people thing’, or being slightly distanced or whatever.

Bear with me, I am so tired I can’t really find words…

For the longest time I felt like I was alone with that gaping hole, #motherwound, sadness, misery, depression, eating disorder, self-harm, not feeling good enough… you know, all that lovely soul-destroying stuff… oh and of course, let’s not forget the crazy attachment issues with my therapist 😉 And I think starting up this blog started to change that a bit. I began writing and sharing the things that I have kept hidden and private, and soon discovered that actually I was far from alone with these feelings and that has been really transformational.

The interactions I have had on here (bar a couple of strange ones!) have been amazing. There is a real sense of community and holding and care from people that I have never met and that in itself has been a massive help on my journey towards healing. I have been lucky enough, too, to have stumbled across a few like-minded people that have become daily fixtures in my life – I think the word I am looking for is ‘friends’ – ha. And then (I’m sorry for this gush peeps) there’s a really significant person who I met here that I actually fondly now call my ‘Straight Wife’ but really I think ‘Soul Sister’ is where it’s at. Without her support over the last 15 months I know I wouldn’t be anywhere like as together as I am right now. It’s pretty unfortunate that we live about 500 miles apart but thank god for WhatApp calling eh?!

My point is, I do not feel alone anymore because I know that there are people who actually accept me as I am, not just a perfected version of me. To be able to be the genuine ‘warts and all’ version of myself, which at times means the needy, anxious, stuck one who can’t muster the energy to get dressed or eat is huge…and to be loved despite that is amazing.

I think my blog has been a bit of a training ground in seeing what happens when I am truly myself and allow the vulnerability out. It’s like another form of therapy. I guess it’s easier to write on a screen and have a bit of distance from it – that way whatever the response I am, in someway, protected. Practising the vulnerability on the phone with my friend has been another step. And then I guess this leads me to my therapy…

Therapy is slightly different. The problems I have around trust are huge and go way back. The maternal transference element and the disorganised attachment patterns I have haven’t made therapy easy (no shit!).

Therapy seems to be some complicated dance that I haven’t quite got the hang of (which after all these years is not really very funny!). It’s like I take one step forward and two steps back when I am meant to be waltzing around the room. I am not a natural dancer! Only what I seem to have worked out this last week or so, is that Em is not expecting me to waltz around the room. She’s perfectly ok with the one step forwards and two steps back. It’s me that has put the pressure on myself to be a certain way. Like honestly – big face-palm!

I have been so well defended lately that I have been unable to really connect with Em. I have felt like she hasn’t been trying hard enough, doesn’t care, is disinterested etc and yet when I listen back to my sessions this is anything but the case. Honestly, she really does try and get to me, and often succeeds by the end of the session. However, the feelings I feel when I am shut off or dissociated are horrible and I can’t see or feel her with me. I know the only way out is through but crikey it’s so hard doing something that basically stirs up a whole load of shit and then I am left with it ‘alone’.

Only, I am not alone am I? This week I have allowed myself to let the guard down a little, to look at Em (I haven’t been able to make eye contact for such a long time) and to just see what it feels like being with her. And do you know what? It’s nice. Rather than bracing myself for a feared attack (that will not actually come from my therapist – but hey I have my mum to thank for that) I have wondered what it would be like to lean into my therapist a bit. Rather than long for a specific type of care and then getting angry because what I am met with is not quite what I want (hugs!) I have just tried to be in the moment and feel what is actually there…and what is actually there is really good.

I feel like a right idiot writing this because nothing has changed and yet everything has changed. My therapist is the same but I am not. I know that is what it’s all about – me changing and growing – but it’s weird that it seems to have happened all of a sudden just like a switch has been flicked.

My last session on Friday was hard, we hit some really huge feelings- I accidentally triggered the motherwound landmine by not looking where I was going with fifteen minutes to go- but rather than run and dissociate from them I stayed with them, and in staying with those feelings guess what I noticed? Em was right there staying with them (and me) too.

When I disappear in session I take myself off into my ‘safe’ place (only it’s not safe, it’s isolating and horrid) I am completely alone and whilst I think it’s protecting me, it isn’t. Sure, it’s what I needed to do as a child when I really was alone and under attack but I am not under attack now. Even when those feelings of fear and being threatened trigger a trauma response in the here and now actually what I need now, and needed so badly back then as a kid, was to be connected safely to someone else. There was no safe person when I was growing up but there is one now and I get to see that person twice a week.

I feel like everyone will be doing the biggest eye roll and going ‘well, duh, that’s what therapy is…’ but it’s taken til now for me to actually feel that Em is safe, is there, is with me, wants to help me, and most importantly not only can I see that she cares, I can feel it.

I am not alone. 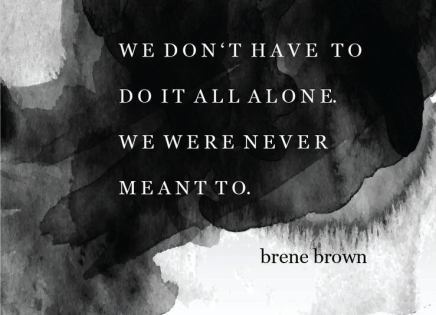 6 thoughts on “Not Alone”

Musing on counselling-related issues in the UK. I am a counsellor/psychotherapist and a client too. As the blog title suggests, my counselling journey began in the client's seat. For information about my counselling and psychotherapy practice see my website: www.erinstevens.co.uk